The Song of Life

Harry Anslinger was the American government official who was the one in charge to spread the lies about cannabis in the U.S. and, then, throughout the world. Brazil continues to spread the lies, too, because the U.S. tells them to do it! When are countries going to stand up to the U.S. dictatorship of the world? When are countries going to think for themselves. The world needs true democracy but doesn’t really want it. That’s why we have a world dominated by one country, the U.S., who thinks it is the dictator. They are! Do you know why? Because they have the most bombs. In other words, they have the biggest gun pointed at the rest of us. Welcome to the world of organized crime in power! Most countries act in the same way so everyone is guilty of allowing this to happen. There are no innocent bystanders! We’re all involved in this complicity!

People like Anslinger still continue to parade their philosophy of a Power & Control Dictatorship over human beings in the U.S., as well as, virtually, the whole world, to prohibit what they, the few, feel is right in their own puny, small and dominating minds. Just take a look at the Trump administration currently. Marijuana prohibition is still the mindset among many in the current U.S. administration. Democracy, really?

Lies, deception, and different scientific research results all contribute to the confusion about the plant and all this confusion still continues to be propagated among the masses. No one can try cannabis on an individual basis to see what each individual thinks of the plant through their own experience. If plants can be controlled, well then, people, so can we be controlled. The world’s game is called MIND CONTROL. Wake up people! We do not and will never live in a democracy as long as the few, even the elected ones, can control the many.

Democracy is an illusion, people! When is the world going to wake up?

Does this world really love and want real democracy?

In Brazil and the U.S., specifically, there is no true, real democracy. I can only speak of these two countries of which I am part. I know, from experience, the reality of both of them. We have been sold an illusion of what does not exist! Only power, control and manipulation by the few over the many exists.

Democracy is a dream, people, and to believe in a dream you have to be asleep or in a dream state. Wake up people! Again I say, there is no such thing as real democracy in this world when a few control what they think is best for the rest of us! The prohibition of cannabis is just one part of the whole horror show of “democratically elected” dictatorships here in Brazil and the U.S.

The white race, which is the predominate race of both of my countries. It is not the superior race nor the inferior race. What is inferior or superior about these races and in whose viewpoint are they superioor or inferior? And in which ways? Let’s be clear about this!

We all are part of the human race. Even within the races, we all think differently. However, the few, in power and control, want to end individuality. No matter how much the world says they adore individuality, it is an illusion. Both in the U.S. and Brazil, society, at large, wants conformity in being and thinking. We are programmed constantly by the media, education, society and each other to conform, what to act like, what to wear, what to think, what products to buy, what is the latest style, etc., etc., etc. We never hear all the opinions, especially, from the non-conformists. Even scientific research can never, truly, be objective, even if we like to think that it is or should be. Only a machine can be objective but it can always be programmed according to the humans’ biases, too. We all are programmed not to really think critically and, of course, don’t be different! Difference in appearance doesn’t necessarily mean one is different, if the individual is still enslaved to groupthink or conformity in thinking. We need new thinking and we need always to challenge the status quo. Always! The river of life should never be impeded like a river of water. Freedom is to allow the natural flow of the river of life. Appearances or different styles in fashion that don’t conform to the status quo does not mean, necessarily, that one is an individual if their thinking isn’t different. The only prohibition? DO NO HARM! No one or nothing has the right to harm another, ever, unless in self- defense. Even then, we must always consider that we do no harm!

All the races have the right to be who and what they are as human beings as long as they do not harm each other! It’s time that all opinions and all races be treated as equals. However, it’s not going to happen if we just let the few dominate us all. We, of all races, can learn from each other and we can all create a better world than this. People say they want order and progress and freedom, however, what we have is a mess, backwardness and slavery. Mental slavery is now our reality.  It is the new modern form of slavery.

Again, there is no such thing as democracy anywhere in the world, only the illusion that we have democracies. Do you still think you live in a democratic state? Really? Tell me about it! Convince me we really live in a real democracy. Tell me, really, that our elected “representatives” really represent us, the people, all of US! Tell me! Leave a comment below.

People, I want access to cannabis! I don’t want to have to look for it from people in the street who may be selling cannabis which could harm me because the mafia, sometimes, adds chemicals to it. Also, the quality, in the street, is usually very, very bad.

Source of photo and quote below is from this site:
( https://www.cureyourowncancer.org/cannabis-is-a-basic-human-right.html ) 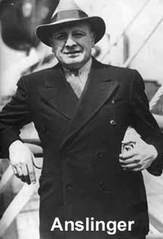 Quote from Harry Anslinger…
“…the primary reason to outlaw marijuana is its effect on the degenerate races.” “Reefer makes darkies think they’re as good as white men.” “There are 100,000 total marijuana smokers in the US, and most are Negroes, Hispanics, Filipinos and entertainers. Their Satanic music, jazz and swing, result from marijuana usage. This marijuana causes white women to seek sexual relations with Negroes, entertainers and any others.”

Marijuana Prohibition Was Racist From The Start. Not Much Has Changed.

This site uses Akismet to reduce spam. Learn how your comment data is processed.